Well, it is soccer season again and our Saturdays from now until sometime in November (usually right around the time Flag Football starts - heh) will be filled with soccer balls, soccer jerseys, sweaty soccer socks, smelly soccer shin gaurds, lunch out of coolers and frozen pizza for supper and best of all, whiney little sisters who are so tired of being dragged all over creation to watch their brothers play - and I wouldn't have it any other way! 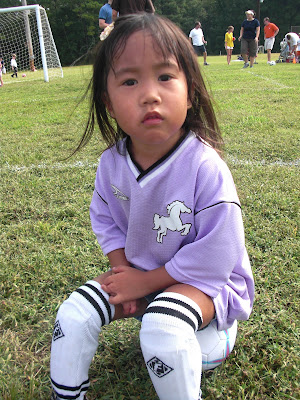 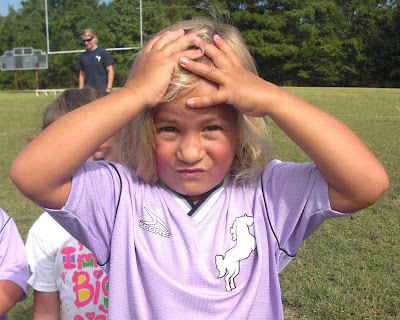 The morning started at 9:00, with my 7 year old and his buddies playing competitively for the first time in a U9 league! 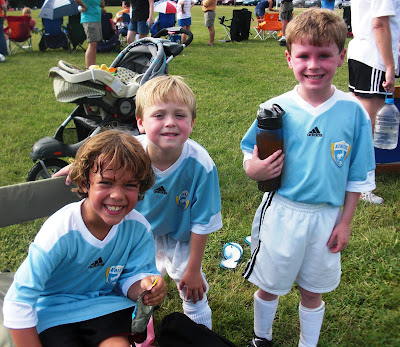 They did really well but this is the first time they have played actual positions with an actual goalie and a really BIG field and  they lost but only by one goal!  These guys have been playing together since they were 4 years old and they really have fun out on that field - and off! 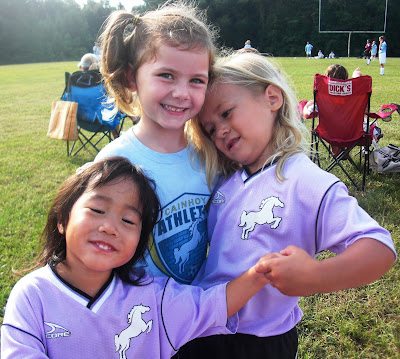 Can I tell you how cute they are in their lavendar jersey's? 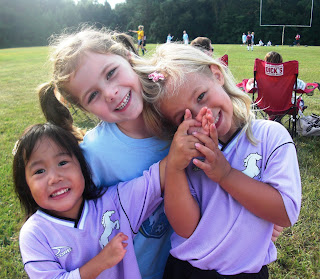 They are SO stinkin' cute, don't ya think??? They get to play with 2 of their friends and... 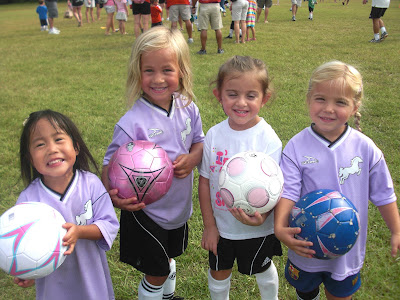 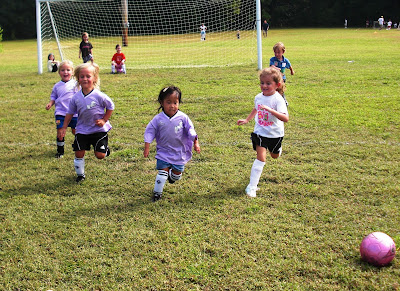 they get a really sweet assistant coach and.... 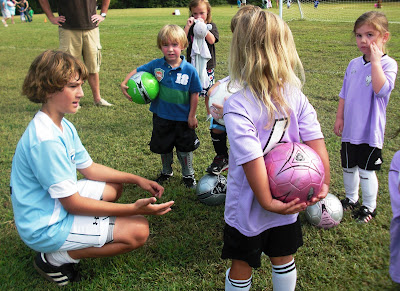 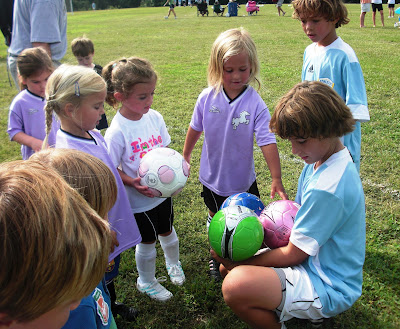 they get a really cute head Coach named, Daddy!!  I am still amazed and in awe of my wonderful hubby as I watch him work magic with these little ones.  He heads up the entire "Little Kickers" league and he has found his calling, that is certain! 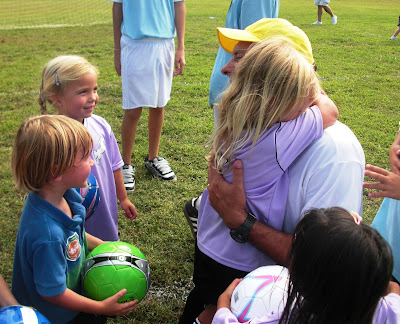 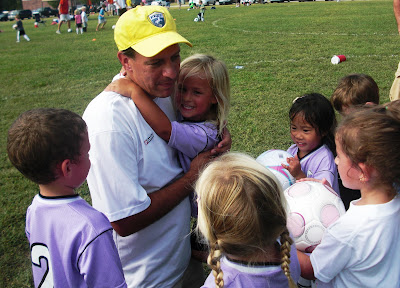 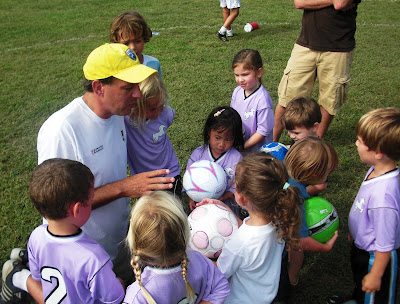 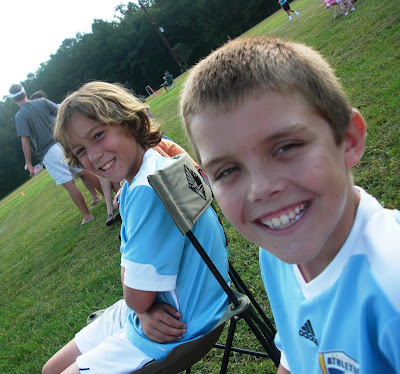 Yikes, those were some big dudes out there, but they managed to tie them and Charlie was team Captain!!!  Charlie also gets to play with many of his closest friends (he has a lot of those!) and while he complains a lot about practice, you can just see how much he enjoys the game!  His coach has labeled him the "work horse" of the team and he is so much fun to watch! 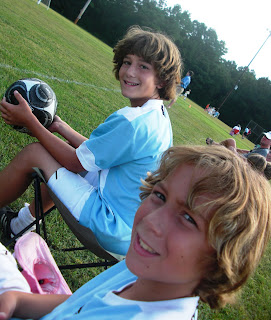 I am serious!  Some of the players from the other team looked as if they could have driven themselves to the game!  Christian is now their 1st string goalie and while our team lost 3 - 1, I had more than one parent tell me that if Christian hadn't been in the goal, it would have been more like 15 - 1!  He had some amazing saves and seems to just command that goal.

There field is professional sized and they were all panting and exhausted at the end of it.  Coach even asked Charlie to play - in - a - U - 14 - league!  Now don't get me wrong, I LOVE it when my boys play together but coach put my little 10 year old in the midst of these wheatie eating, mammoth like 13 year olds - but he did good and held his own against these soccer giants!  Hehe! 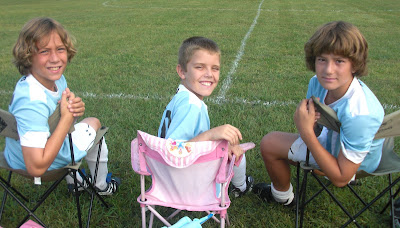 The last game of the day was my Caleb (again)!  Remember how he is 7 years old and all??  Well for some reason Coach Hubby decides that it would be good experience for Caleb and his friends to also play in a U10 league!  Huh?  He - is - 7!!! 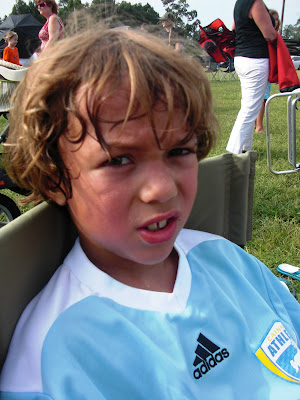 Maybe Coach Daddy figured that he is already playing up an age bracket, why not make it 2!!!  UGH!  Well, they got clobbered but I guess it is all in the name of "good experience!"  Can't wait to see this team in a year!  Watch out!

Growing up in a small southern town, many, many, ahem, many years ago, we didn't even know soccer exisited and now I am Momma to 5 little soccer players and I am loving it!  Watching my kids play and spending the day cheering them on and sometimes cheering them up has been wonderful.

So fair warning to my regular readers, the blog might get higjacked by loads of soccer pics for a while, but what could be cuter than this... 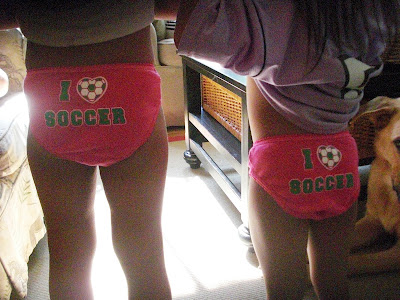 To join in on Stefanie's Sunday Snapshot go here,