Most of the time we don't even think, we just choose.

We make good choices and sometimes not so good choices, especially when those choices are not preceded by prayer.

By God's grace we are given free will in the midst of  His divine plan for our lives and somehow it all works for His good... but don't ask me how.

There are some things, ok many things, that I will never understand until the Lord reveals them to me.

I am still trying to figure out why in the world I had to learn Geometry and Algebra!

And why the math part of my brain got to about 4th grade and just decided to quit!

Can you imagine all of the "why" questions the Lord so patiently answers!

Point is, we do have choices and sometimes those choices aren't as much about action as they are about attitude.

I tell my kids constantly that we can choose joy...

we can choose to treat others well...

regardless of our circumstances or how we are being treated.

However, I sometimes need a lesson in this myself and sometimes, OK lots of times, the Lord uses my kiddos to school me!

Charlie is a "go with the flow", "whatever" kind of kid.

He cried over e.v.e.r.y.t.h.i.n.g the first 5 years of his life and then, just decided he was done and it has been smiles ever since!

Even with soccer, he loves it, he is serious about it but he still just has fun with it. 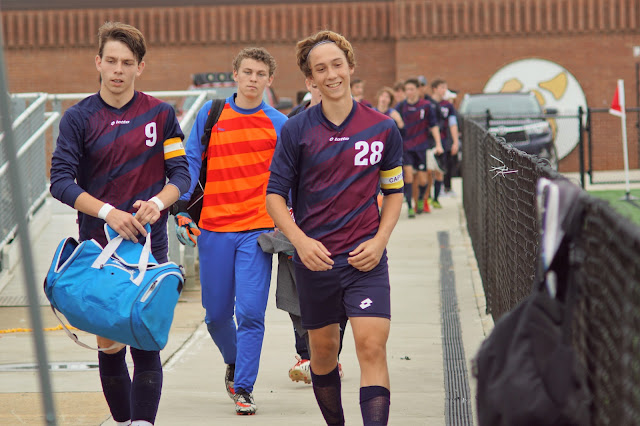 However, at the end of last year, we learned that his very small charter school was going to start a varsity soccer program.

Well, not so awesome for Charlie and one of his besties because they had been playing competitive high school soccer for the larger public schools that they were actually zoned for, which meant...

these two buds would have to leave the competitive teams that they had been playing for and play for this brand new, much less competitive team that their charter school was starting...

it meant, possibly playing with and against much younger players, including (gasp) girls.

I could not understand how this could be.

I called and I called and I tried to get people to understand that my almost 6 foot son who had been playing soccer since he was 5 years old would be going up against much younger players and in some circumstances, younger girls!

I was convinced someone was going to get hurt and it wasn't going to be my almost 6 foot son!

I could not wrap my mind around the whole thing.

I imagined the poor mothers of all of those 9th grade girls as they watched Charlie saunter onto the field, ready to slide tackle their little princesses who were surely still playing dress up and watching Sophie the First!

and it was my almost 6 foot son who pried the phone from my clinched fists...

OK, not really but kind of

and just made a choice.

Charlie and his best buddy just chose to play and to have fun and to take on leadership roles that helped them to grow in ways that we could not have imagined at the beginning of that journey. 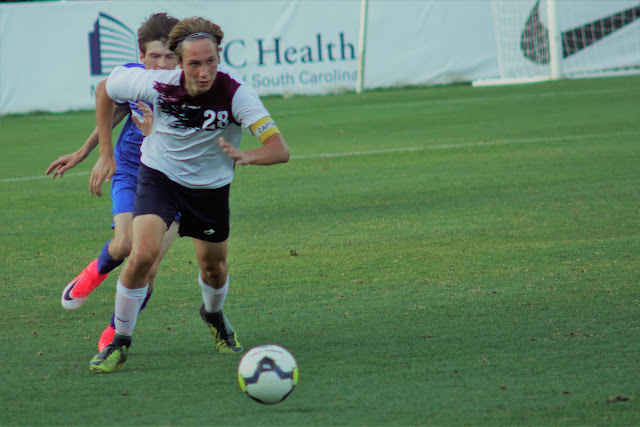 They served as Co-Captains and worked hard to get their young team ready.

Yes, they were in a much less competitive division and yes they were playing with some younger kids but as the Lord has done in the past for us...

He reached right into this seemingly non-important, but very important detail in

Charlie's life and blessed the choice that he made...


the choice to have joy and to make the best of it and to trust the path that had taken such a drastic turn for him and by the end of the season this brand new team found themselves in the State Playoffs... 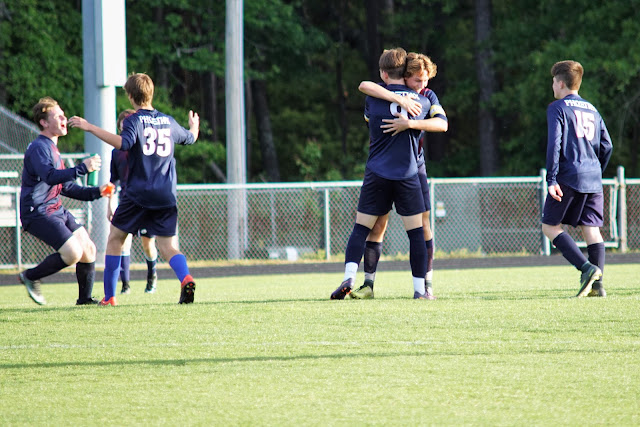 where they just kept winning... 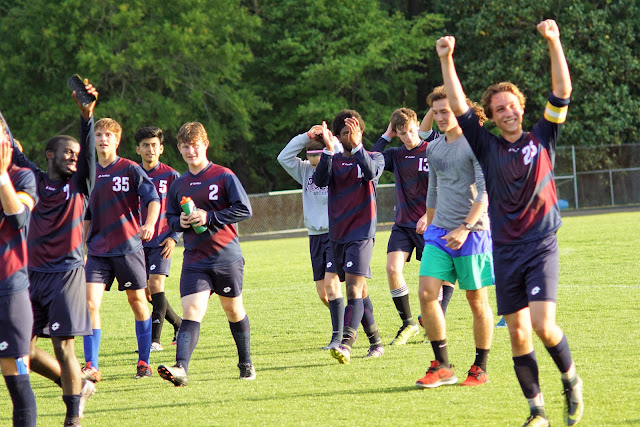 until they finally took the title of Regional Champions... 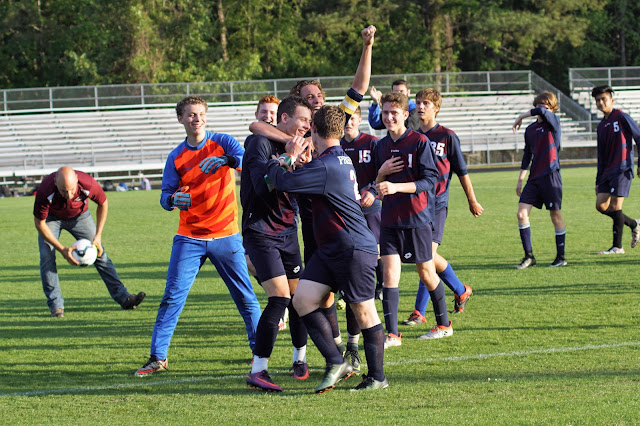 but the Lord was not done... 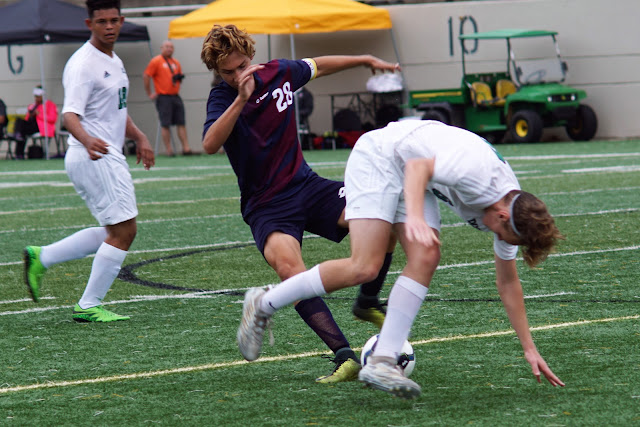 On Mother's Day weekend, these "Bad News Bears" played a nail biter game for the State Title in their division and... 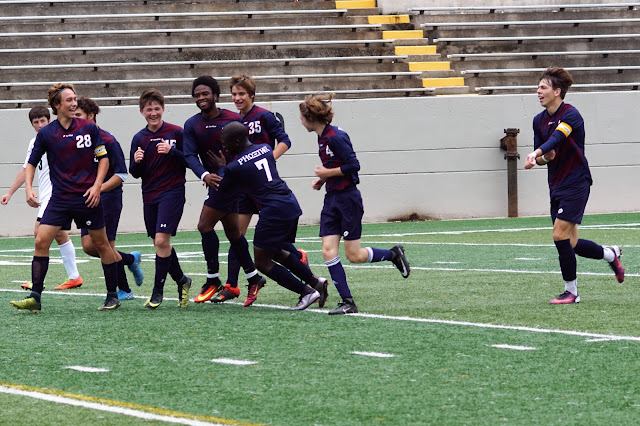 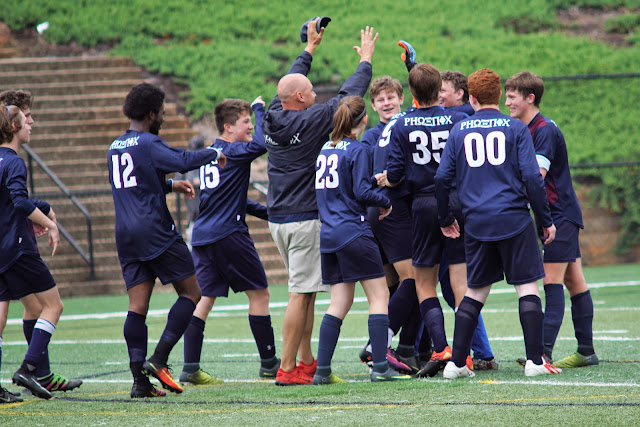 This awesome group of kids who came out of no where ended up winning the State Championship in their division!!! 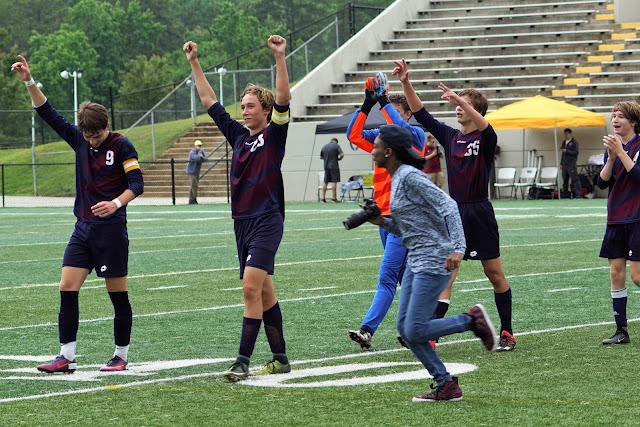 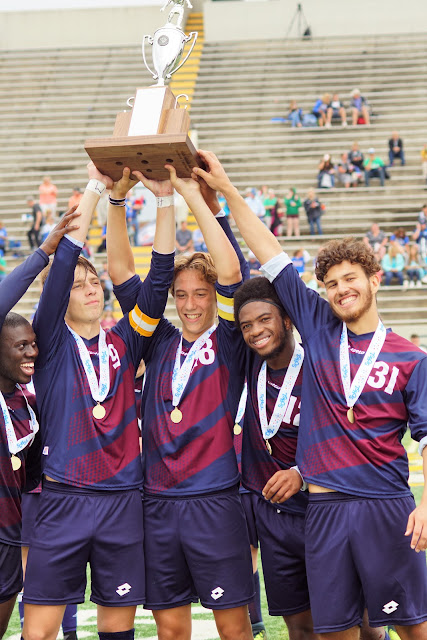 He trusted and he chose joy.

Now I know soccer challenges and choices are nothing in comparison to fallen world issues but the Lord has used soccer to teach us and to bless us and this certainly did both and not just for Charlie.

As I watched my child choose to be content, I was reminded of God's goodness and how we are to have joy just because He loves us and in the midst of situations that seem unfair or difficult...

we can choose joy.

The Lord is my strength and shield.
I trust him with all my heart.
He helps me, and my heart is filled with joy.
I burst out in songs of thanksgiving.  Psalm 28:7

I am learning; it is in the trusting and the thanking that joy resides.

It is a process and many times it does start with something as small as soccer. 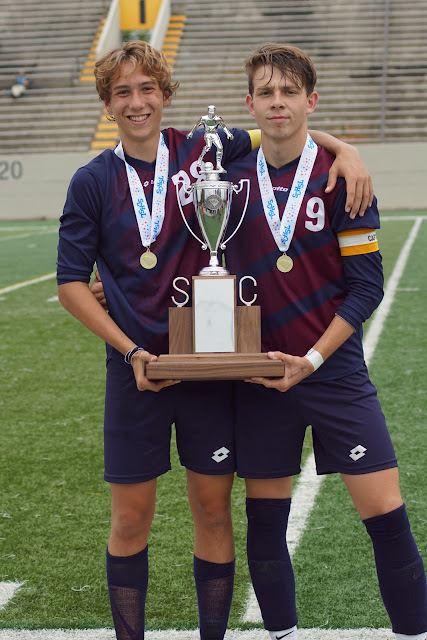 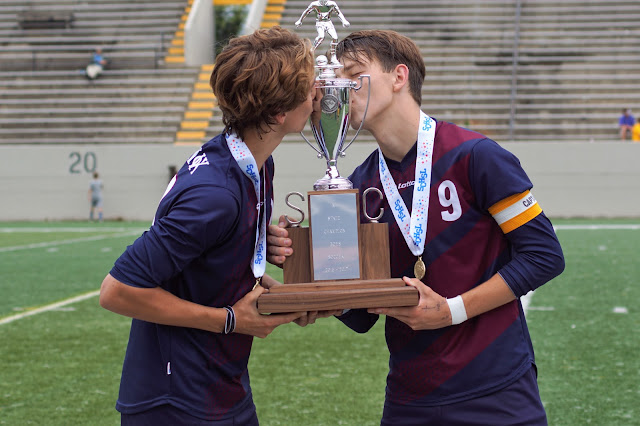 The Lord meets you where you are and He certainly met Charlie where his 17 year old heart lay. 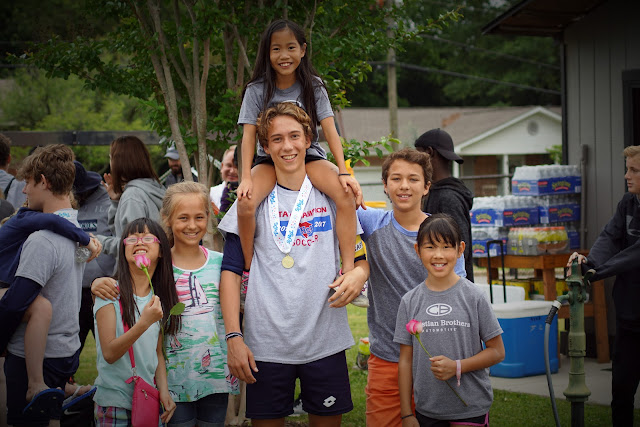 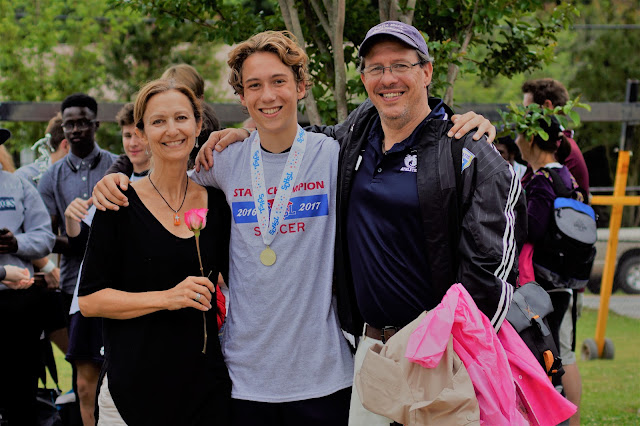 So thankful for Charlie, who reminds me to choose joy! 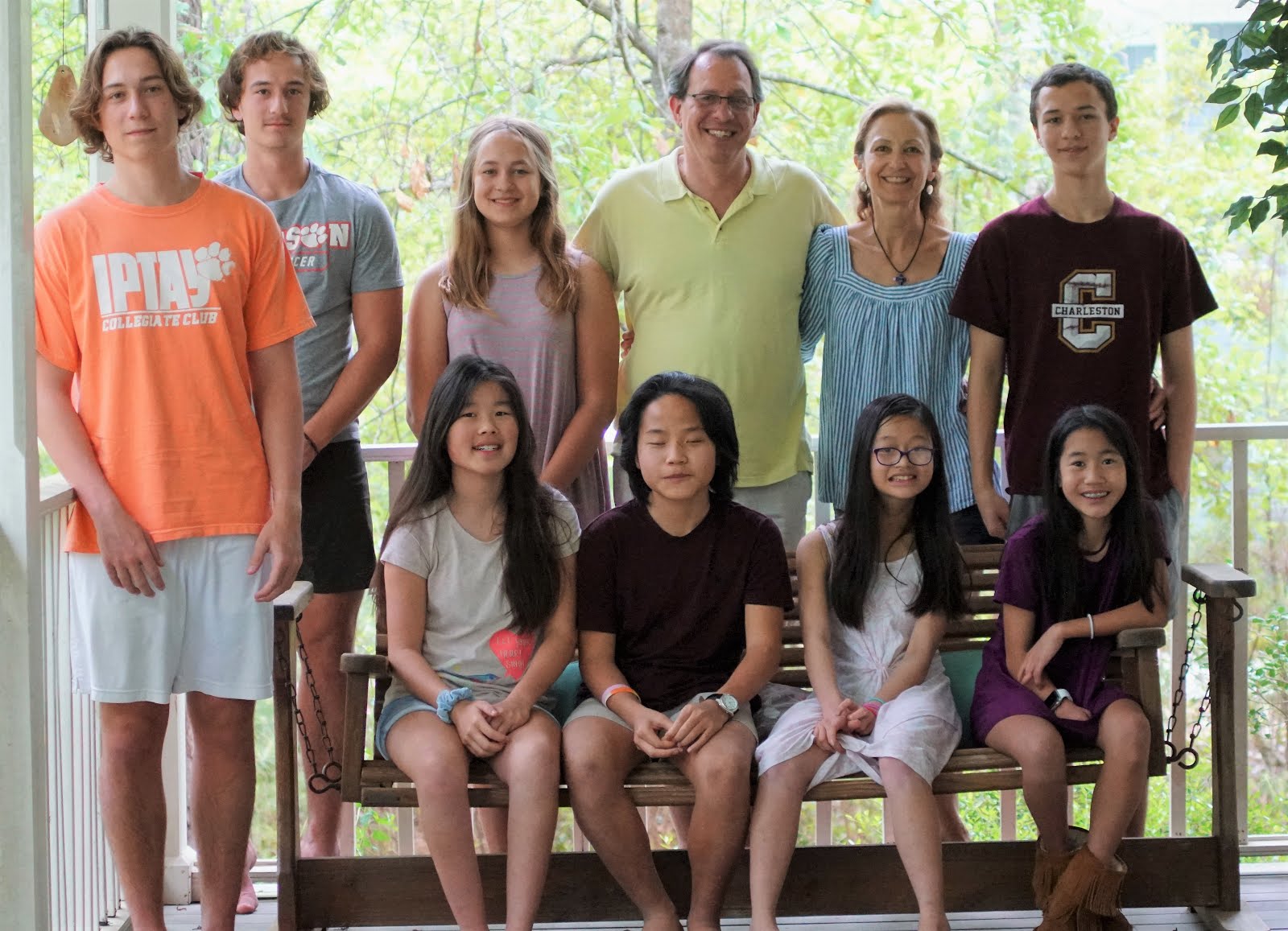 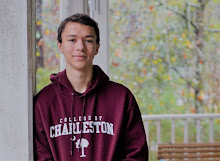 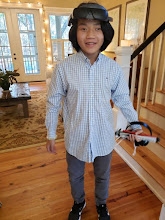 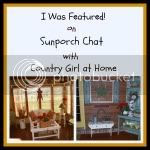