We went to the beach yesterday. We usually go to the beach quite a bit each summer, but this was our first trip this summer. Everybody was looking forward to it.

Everybody except Caleb, that is. Caleb is my sensory kid and he struggles some days. Caleb was worried about the sand getting in his bathing suit and he just did not want to go to the beach!

Lizzie has struggled with some of the same sensory type issues but (dare I say) I am beginning to see some improvement in her. I have hope that perhaps some of the sensory issues she deals with will continue to fade and that she is not destined to constantly battle the effects of the first 2 years of her life.

Hope that her birth parents weren't riddled with sensory issues as her adoptive momma is!! So Lizzie wasn't thrilled about getting sandy either but she was excited about the beach, all the same.

One night a couple of weeks ago, Caleb was scared. We have been trying to work through this with him for a while now but he is scared of the images he sees when he closes his eyes at night. As you can imagine, this makes it very hard for him to fall asleep. One night, as I was tucking him back into his bed - again - I moved one of his pillows for a moment and just laid it on top of him. Caleb immediately told me to leave it there, that it felt good to have the pillow on top of him.

I made sure we used our pillow/homemade weighted blanket the night before the beach trip and sure enough, Caleb had fun! 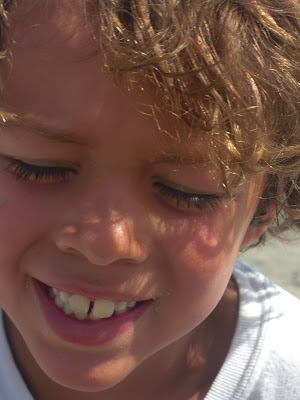 He was sandy but he had fun. 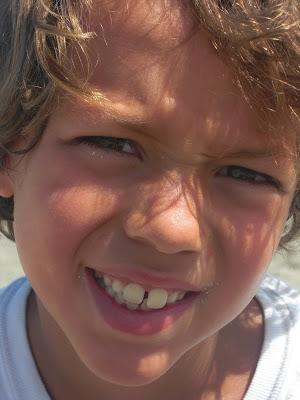 As a matter of fact, he was the one I was constantly having to watch to make sure he didn't go out to far and the one who just didn't want to stop boogy boarding, even though he was developing quite a rash on his tummy! 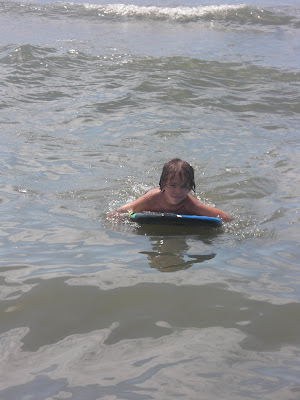 Normally, this would have put him over the top - but not this day! 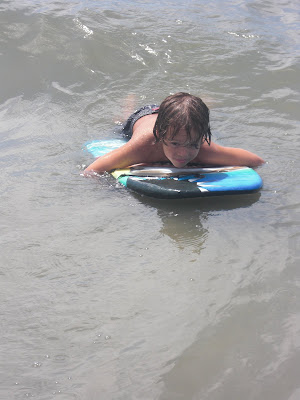 It was difficult to even get him to share the boogy board with his sisters, but he finally relented and shared the rash - I mean the board!! Hehe!! 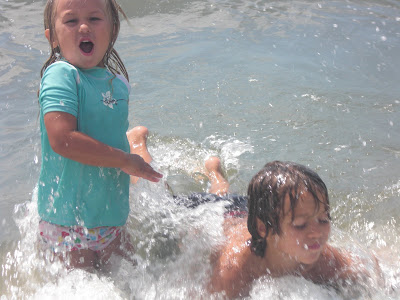 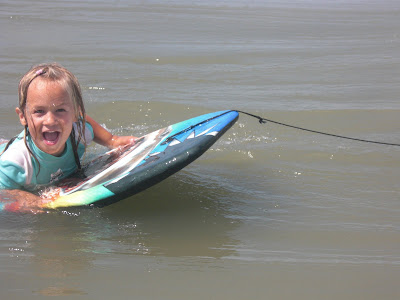 He even played soccer on the beach with his brothers and fell face first in the sand - without complaint!

I wish I had gotten more pics because I do so LOVE taking pics on the beach but my battery was dying - sigh!! Have I mentioned that I want a new camera?? Heh!

So anyone who is dealing with the puzzlement that is Sensory Integration Disorder, you might just try our pillow method!!

You may also want to check out this website on how to make your own weighted blanket. Obviously this is not for the non-talented person like myself!!! Sounds great, but I think I will have to stick with my trusty pillow for now!!
Posted by Annie at 6:21 PM