If I had this energy 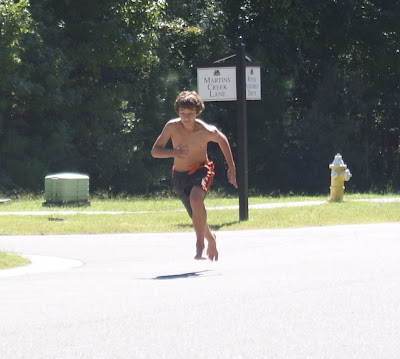 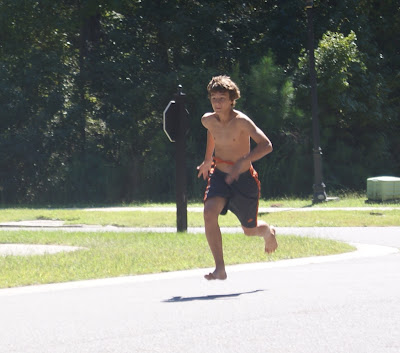 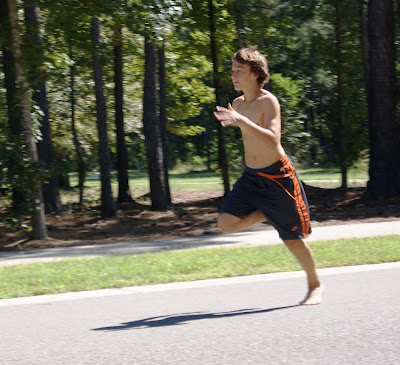 Christian is a bit like his Momma in that he (dare I say it), he actually likes to exercise. 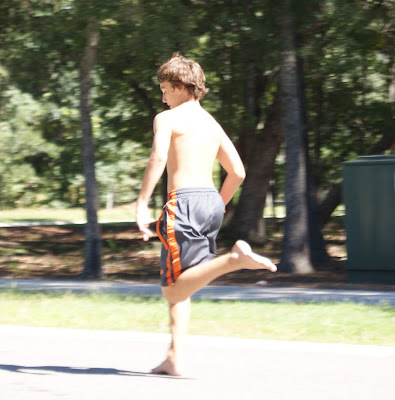 His sister, on the other hand is a bit more like her father 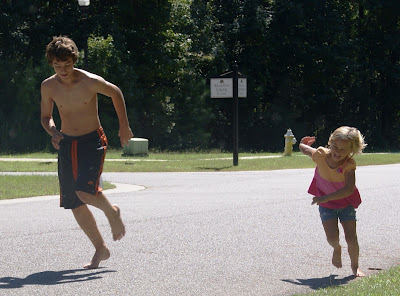 In that she considers exercising about as much fun as... 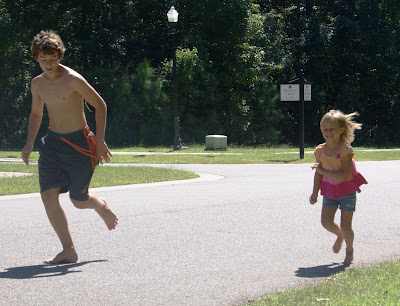 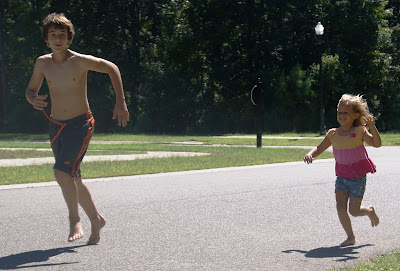 The other day, the exerciser decided that his sister, 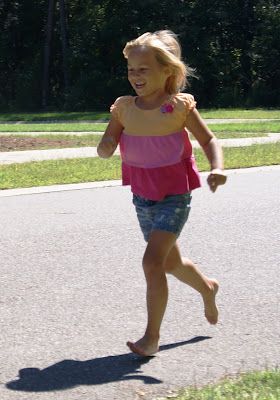 the non exerciser needed to work on her speed. 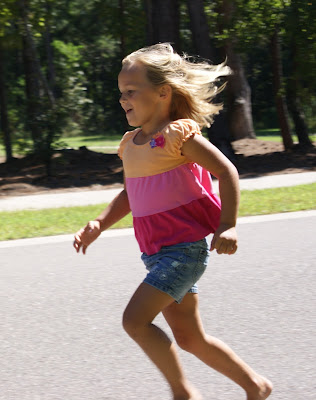 It was going great and she was having fun, until... 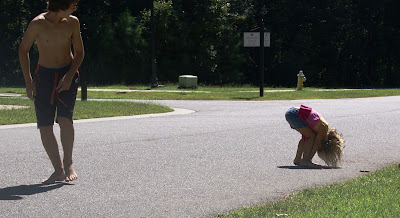 that she was exercising:) 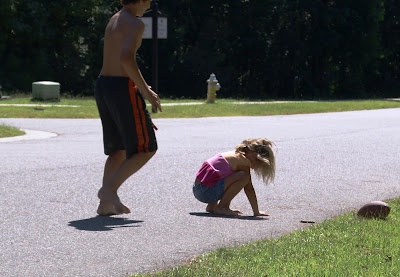 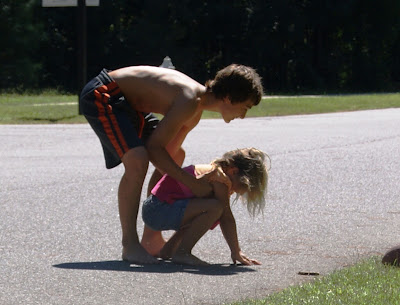 The exerciser just got to exercise a bit more by 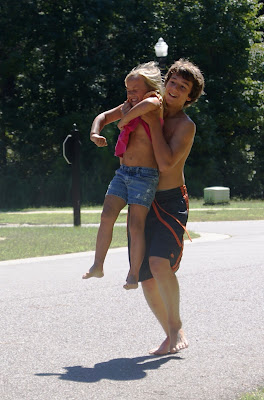 running with a weight:) 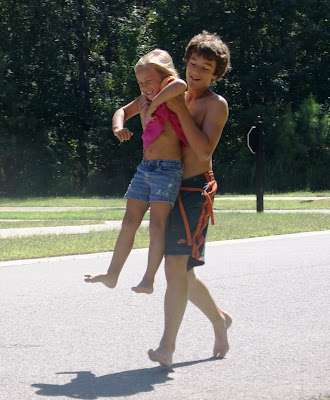 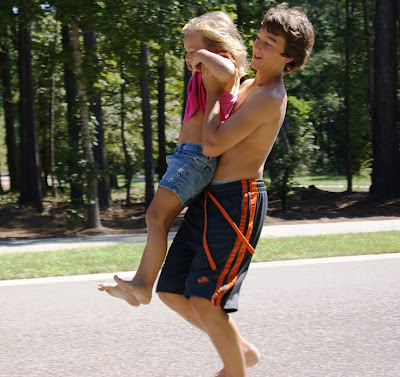