Sadly, not many of them around any longer. 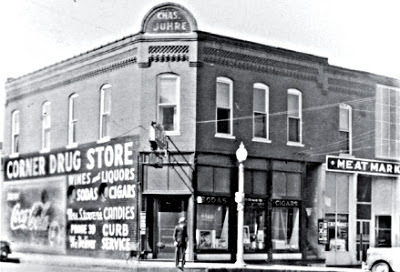 We had one growing up.

I have really fond memories of Hiott's Drug Store.

It was right next to my Dad's office and was actually, on the corner.

It had a counter where you could order food and milkshakes and everybody knew everybody.

With the coming of Wal*art, C*S and the like, many of the corner drugstores slowly disappeared as did the comfortableness of knowing everyone behind the counter and around the counter.

We have a Kang*roo gas station/convenience store right around the corner from us.

Not really a corner drug store but something happened there the other day that reminded me of the "good ole days".

Ever since the older boys were big enough, they have been walking/biking to the Kang*roo to get a snack and a drink.  As the girls got older and could keep up, they began to tag along. 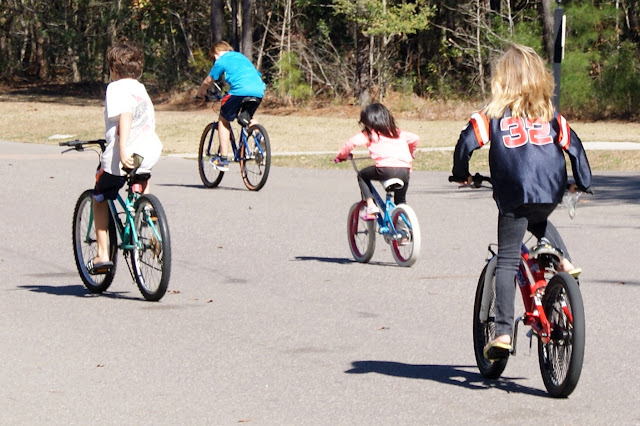 Their "Roo" cups were a life saver this summer as we really could not afford to do much of anything but being able to walk to the corner and get a .25 cent Icee was such a treat - and a cheap treat at that! 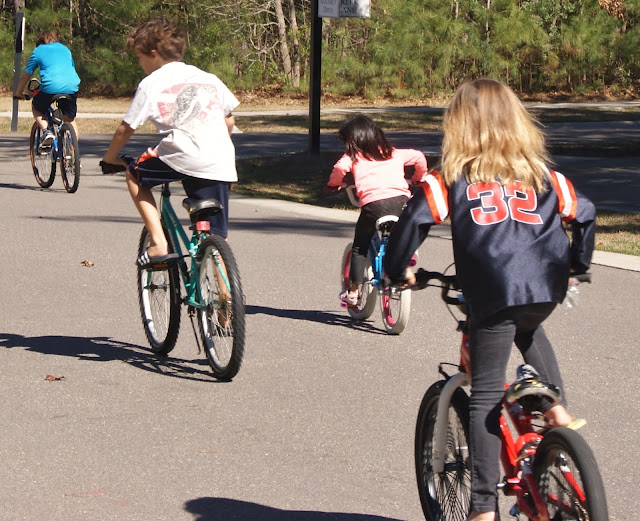 So, one day not too long ago, right around Charlie's birthday, the kids headed for the "Roo".  Charlie was armed with birthday money and in true Charlie style was gonna treat his siblings.

Upon their return, the kiddos ran up to me all out of breath and excited about something that had happened on their favorite excursion.

They got free stuff!

Yep, one of the very nice ladies that works at our "corner" store had treated the kids to free drink's and because it was Charlie's birthday, she gave him ALL of his purchase free of charge!

I was very touched by her kindness as were the kids and as the kids began to talk, I began to see that there had been a relationship developing, a "corner drug store" kind of relationship.  I told the kids that we would have to tell her good bye before we moved and maybe do something nice for her.

A few weeks went by and then I found myself taking the 3 younger kiddos in to let them buy a snack with the Valentine's money they had gotten from their JuJu.

Sure enough a sweet lady comes walking out from the back and greeted my kiddos with a familiar-ness and a warm hello.

She introduced herself as Lizzie whispered in my ear that this was indeed the nice lady who had given them free stuff!

I thanked her for her kindess and she began to tell my why she had been so generous.

She told me that she was just so impressed with the kids, that they always had such good manners and were always very respectful.  She told me that on that particular day, she had been watching them as they filled their Icee cups and that one of them had spilled some on the counter.  She said that she was so impressed because they took it upon themselves to clean up the small mess that they had made and that she just really wanted to treat them and thank them for their sweet manners and respectfulness.

We talked for a while and told me that she was a single mom and that she just loved it when my kids came in "to see her."

I was instantly transported back to Hiott's Drug Store and the familiar-ness I would feel there, something I had not felt too often in this Wal*art world.

I thanked this sweet lady and told her that her generosity had made quite an impression on my children and as we left, I thanked the Lord for bringing us a slice of  "small town" and for the opportunity to praise my kids and really show them how doing the right thing, living the way the Lord wants us to, shines through us and causes others to take notice and not just to get "free stuff" but to treat others as you want to be treated, to witness to others through the way in which we live our lives.

In the same way, let your light shine before others, so that they may see your good works and give glory to your Father who is in heaven.
Matthew 5:16

When we have Jesus in our hearts, we have that responsibility and I think that, often times, this is something lacking in today's anonymous, Wal*art world.

So, any ideas of something, some way to show this sweet lady how much we appreciate her kindness?  I would so love to do something for her before we move and am open to suggestions.