No, I am not but my very sweet 9 year old wanted to and did despite his Momma's ineptness!! Do you remember those orange boxes at Halloween time when you were a kid? I do. You were supposed to take it with you trick or treating and collect change along the way for UNICEF. Well all 3 boys came home with those familiar orange boxes and you guessed it, not a one was remembered on Halloween night!! In my defense, I have to say that we did not get home from a FULL day of soccer (3 games no less) until 3:30 where I had 3 faces to paint and 4 costumes to assemble (my 12 year old took pity on me and did his himself)to get to our neighborhood party by 4:30! No wonder those little orange boxes didn't make it! I was lucky to remember the kids!! Hehe!! Anyway, the next week my 9 year old got in the car from school all excited because his teacher said that she wasn't going to collect those orange boxes until Friday!! He quickly asked if we could go around the neighborhood and knock on some doors. Now, I have never let my kids do this for ANY fundraiser and not because we don't live in a safe area but because in all honesty, it makes me uncomfortable. Charlie, however, was determined and began to inform me of all the things he could provide for kids around the world that didn't have what he had. The boy knows his Momma and continued in his beautiful 9 year old way saying, "Mom, for $1, I could provide safe drinking water for one child, for $10, I could provide vaccinations for a child and for $20, I could provide food for a child in need!" I am paraphrasing a bit there, but who could resist that???? I sure couldn't, so off we went, through the neighborhood with everyone in tow. Charlie and his little bro hit the first few houses and then the girls had to get in on the action. By the time we were nearing the end all 5 kids plus a friend were knocking on doors. Can you imagine opening your door to find 6 kids standing there looking at you and asking if you could donate some loose change to help kids all over the world who don't have as much as they do?? You would donate right? Even if you had to dig through the sofa cushions, you would donate, right? Well, my wonderful neighbors did and Charlie ended up raising $36 for UNICEF! I was so proud of him and as I watched my beautiful children with their very large hearts knock on door, after door, after door, I was thankful for my ineptness. I don't know that I would have appreciated my son's compassionate soul as much if he had just taken that orange box around at Halloween. Watching him go from door to door, sometimes with one of his little sisters on his hip, allowed me to just soak up the beauty of my child!! Thank you little orange box! See ya next year!!! 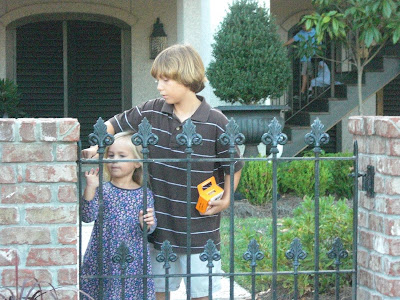 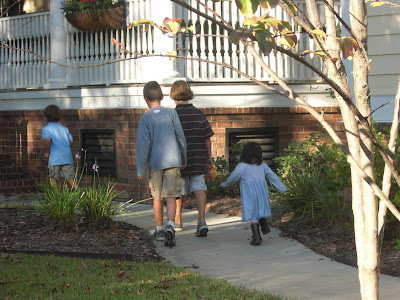 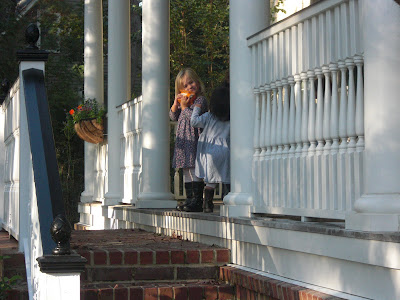 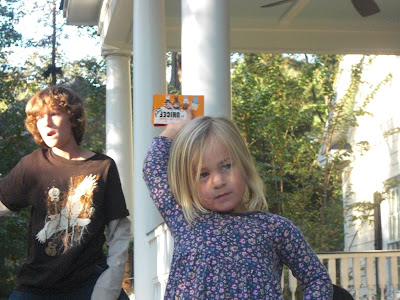 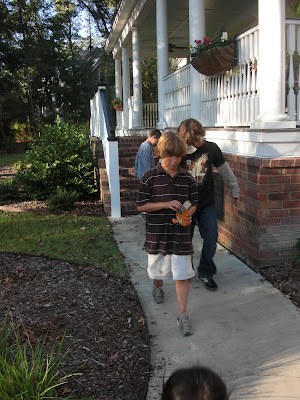